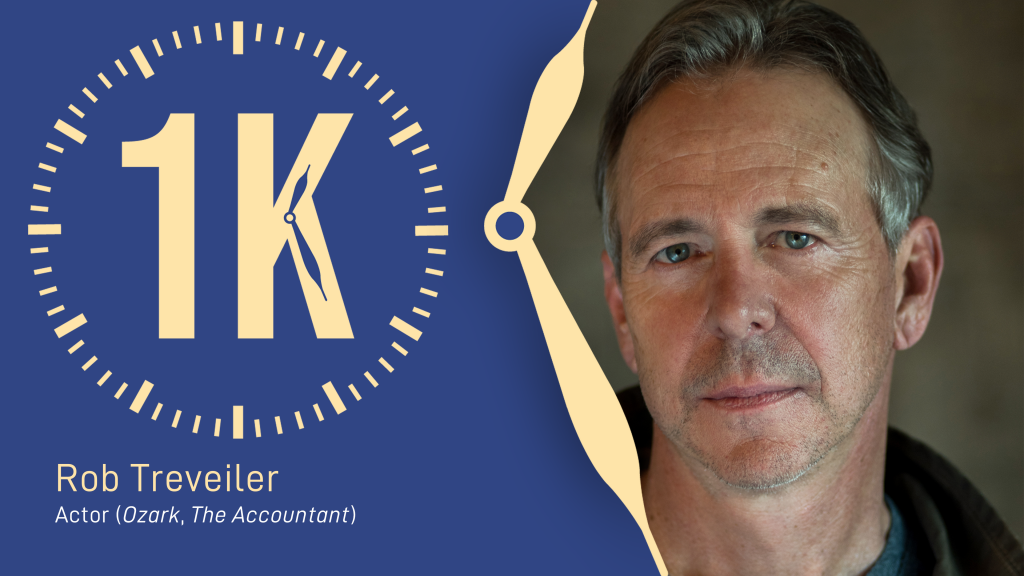 Rob Treveiler has a name my dyslexic brain wants to misspell and/or mispronounce. It’s a shame because I really like the guy. He has always been kind, accessible and very talented. I remember watching him a few years ago on set. He introduced himself to the extras, his fellow actors and talked to the crew. Then, right before filming began, he fell into his character. It was special.

Over the last couple of years Rob’s talents have been justifiably recognized. He has landed roles in big movies like The Accountant and Sully. Many know him for his ongoing role as Sheriff John Nix in the Netflix hit series Ozark. (Please note this podcast premieres on the same day that Ozark season two debuts. How about that for marketing?)

In this podcast Rob shares how college transformed him. As a pre-law student he was required to take an “artsy” elective. Rob chose acting and as a result the country lost a future barrister.

We also talk film incentives and the boon they have been for Atlanta. Rob offers insights on being directed by everyone from Jason Bateman to some octogenarian named Eastwood. He also explains the differences in acting on stage vis-à-vis the camera.

One addition… I mention Karen Young. Karen is a terrific actress you may remember from The Sopranos or the movie Heading South. I met her a few years ago at the 100 Words Film Festival. I told Karen my belief that she is as relaxed as anyone I have ever seen on camera. She shared a story somewhat similar to Rob about making the adjustment from the stage to film. In addition to limiting her movements, a director told her early in her career that the most important part of her body to keep still is her head. She attributes that tip to her relaxed demeanor.