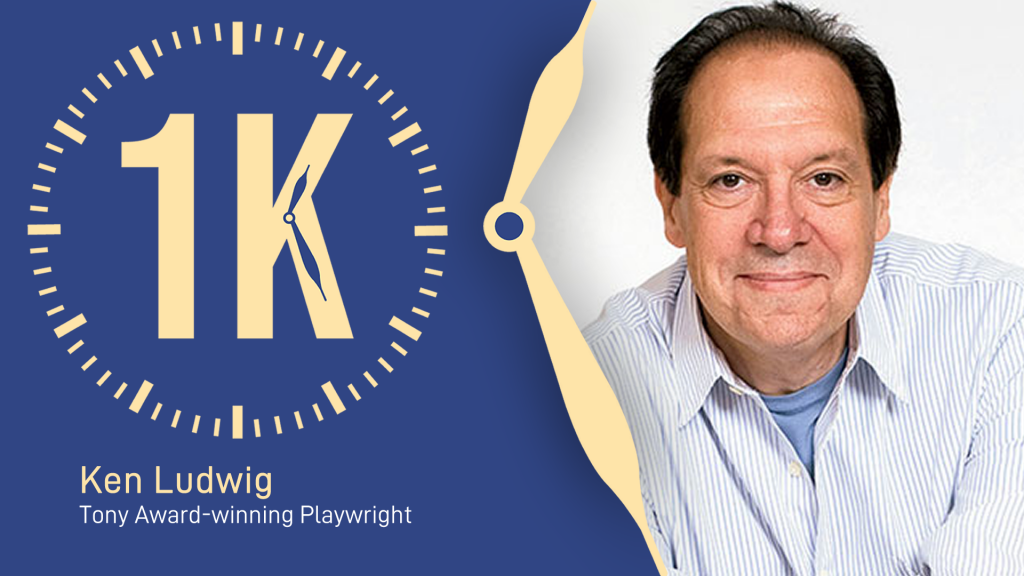 Ken Ludwig is a Tony Award-winning playwright whose 25 plays and musicals have spawned six Broadway productions and seven in London’s West End. His first trip to Broadway materialized when an English director friend passed along the play that would become Lend Me a Tenor to a “producer friend” you might have heard of: Andrew Lloyd Webber. He loved the play, and six months later, it opened in the West End. Not long after that, Tenor hopped across the pond to Broadway.

Referred to as “America’s preeminent comic playwright,” he’s received acclaim for his original works (Lend Me a Tenor, Leading Ladies) as well as his adaptations of literary classics like Treasure Island and The Three Musketeers.

For a man of his talent, he’s exceedingly humble and not sensitive about his writing. In this podcast, he discusses his recent adaptation of Agatha Christie’s Murder on the Orient Express, which found him taking notes from the Queen of Mystery’s grandson, “How would legendary Belgian detective Hercule Poirot deliver this line?”
More highlights from Ludwig include the joy when great actors breathe life into his words, the seemingly daunting task of teaching children Shakespeare, how writing plays longhand gives a better connection to the material, and, as an author who’s penned stories about both Sherlock Holmes and Hercule Poirot, he gives his own take on who is the better detective.