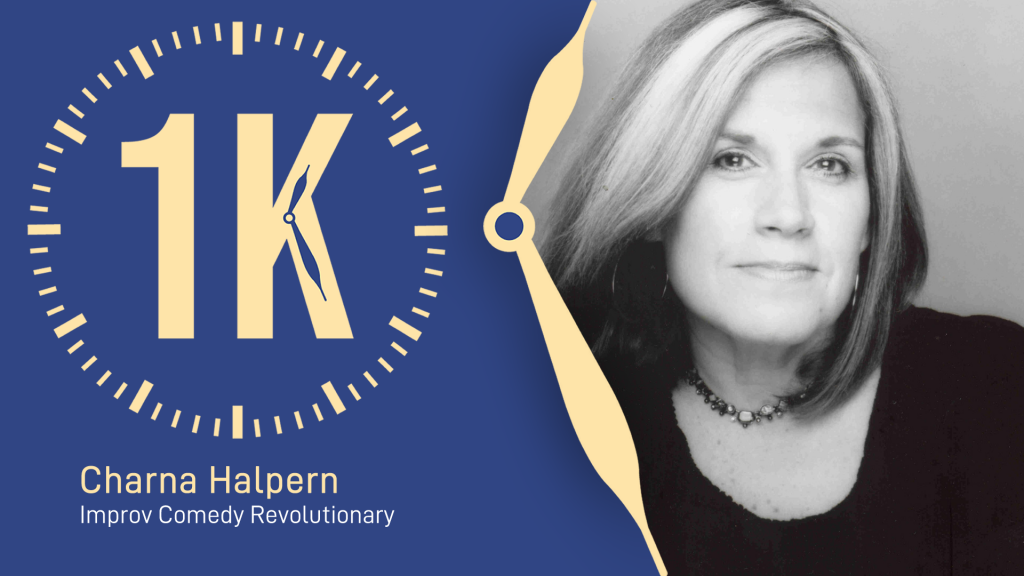 Charna Halpern has spent her life helping others, especially those without a Y chromosome. Her career began as teacher in a school for juvenile delinquent girls. That all changed one night in Dixon—an Illinois town of less than 25,000—more than 100 miles west of her hometown Chicago.

In this podcast, Charna shares that story and how it led her from one classroom into a completely different one: teaching improv and shaping comedy history. Her students have included Chris Farley, Steve Carrell, Mike Myers, Adam McKay and Jason Sudeikis. But in a male-dominated industry, Charna has never forgotten her girls. In the mid-90s, she noticed two talented young women taking improv classes on different days. One was from Philadelphia, the other Boston. Charna asked them to start learning together because she believed they would not only hold their own, they might show up some of their misogynistic fellow prodigies. It worked…and still does 25 years later.

Other podcast highlights include Charna explaining the revolutionary idea of long format improv, working with Lorne Michaels, and convincing a young woman in her box office to step out and audition for Saturday Night Live. The woman reluctantly agreed and today is a comedic fixture on the show.

Finally, any real talk with a Chicago native has to address pizza. Charna cites her favorites in the podcast, including Pizzeria Uno (River North).