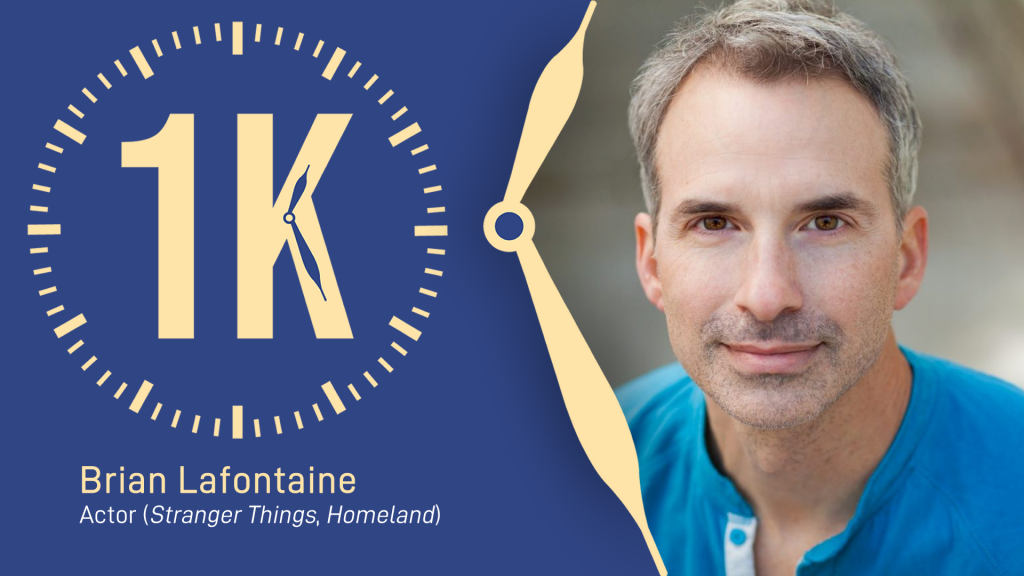 Brian Lafontaine is a talented actor of film, television, stage and voice-over. This makes him a rarity in our modern world in that his vocation and passion align. It’s important that they do because it is the joy of acting that helps Brian get through the hard parts: the incredible amount of time it takes to memorize scripts…the fruitless auditions. Muhammad Ali’s quote rings true, There’s nothing wrong with getting knocked down, as long as you get right back up.

Brian’s advice for aspiring actors begins with a question: Why do you want to act? This fundamental ask often generates the response, Because I want to be famous. That answer is problematic. Acting is not about individual advancement. It is working as a collective in a quest to create the best possible outcome. In the few times I have had the pleasure to work with Brian, he has always been excited about the possibilities of the next take.

In this podcast our conversation takes a completely unexpected and humorous turn that earns us our first explicit rating. A little backstory on the exchange. I had no idea. None! I don’t write this to absolve myself but to share what happened in studio. If you listen closely, when I start to pose the question that takes us down the naughty path, Brian laughs immediately. His laugh is so early I thought it had to be about something else. I turned to producer Jordan Snyder and watched Jordan’s confused look turn into a smile as Brian began to reveal the story.

Finally, the IMDB game we discuss is a wonderful way to spend a lot of time being completely unproductive. Was that a young Jake Gyllenhaal in Homicide? Equally important, how do you spell Gyllenhaal? The podcast mentions 1970s game show maven Elaine Joyce. I stumbled across her name and credits in my fourth hour of exploring Match Game ’75. After we recorded the podcast, further Elaine Joyce research revealed that for the past 20 years she has been married to legendary playwright Neil Simon.